The Uptown: Breaking Ground Featured in the Portland Press Herald 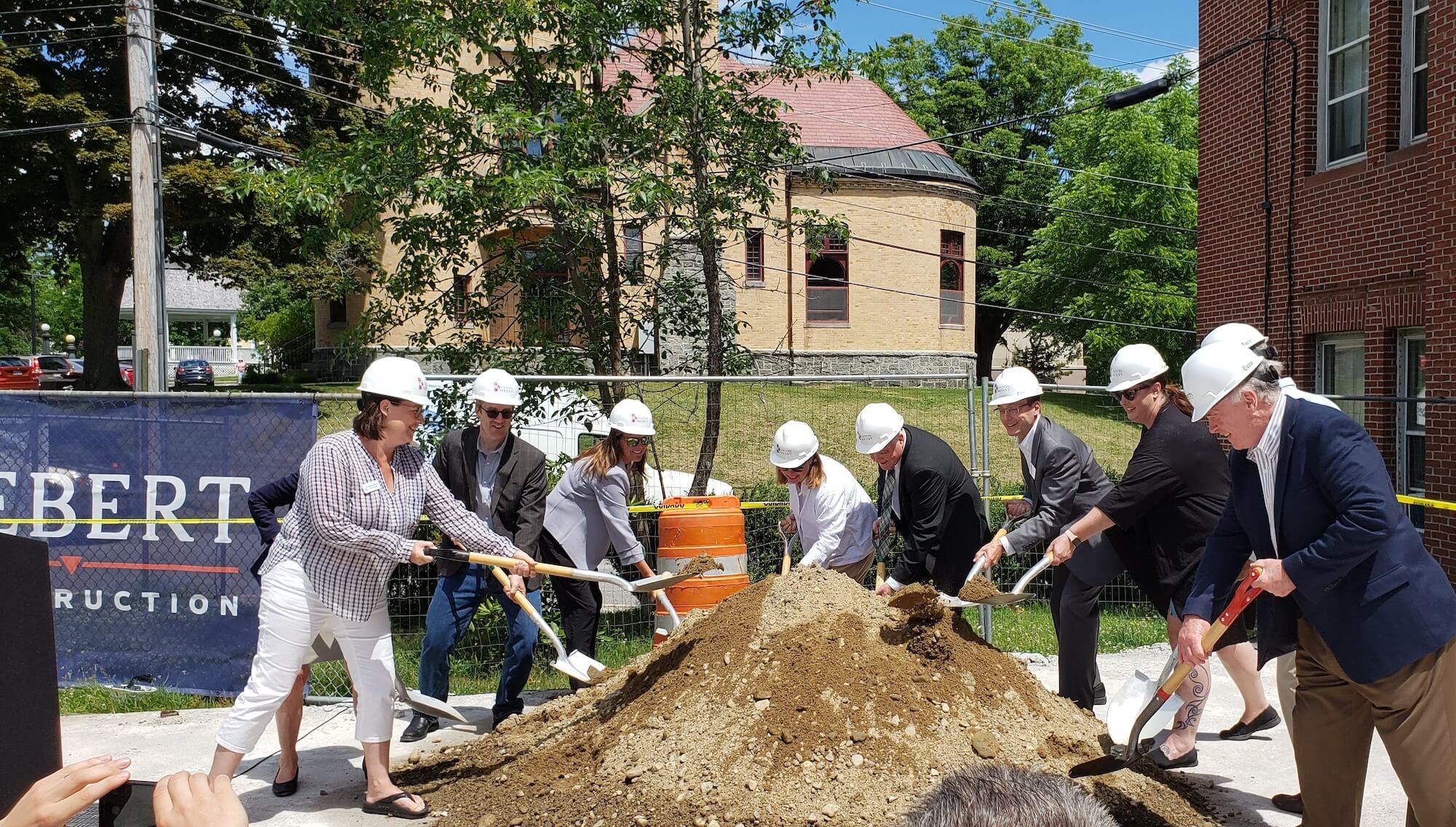 The following article is from the Portland Press Herland about The Uptown, posted on June 28, 2022, by Maria Skillings

Downtown Bath will be home to a 50-unit apartment complex for low- and middle-income residents aged 55 and older in hopes of making a small dent in the area’s housing crisis.

“Frankly, it’s overwhelming when you look at the need for affordable housing in Maine,” said Maine Housing Director Daniel Brennan, at a ceremony at the 26 Summer St. construction site for The Uptown.

“Stable housing is the core of a healthy community, the kind of community we all want to be in,” Bath Housing Executive Director Deb Keller said.

A 2020 report commissioned by the city found that over 1,750 households in Bath struggled to pay for housing in 2019.

The remaining 30% of units will be rented at market rates, according to a Maine Housing press release.

Each unit will include heat, hot water, Wi-Fi and access to a fitness center. Developers have also secured 33 additional off-street parking spaces in a nearby existing lot.

The Uptown site is located on the corner of Summer and Front streets in downtown Bath, formerly the YMCA. In addition to a new 50-unit structure, developers will rehab two existing buildings on the lot.

The project also includes the rehabilitation of the adjacent Moses and Columbia blocks in downtown Bath, constructed in 1897 and designed by John Calvin Stevens, Maine’s most noted architect. They currently have 10 residential units and six ground-level retail spaces.

Portland-based housing developer The Szanton Company is keeping all tenants in place while renovating and modernizing the residential units and completing a renovation of the exteriors, according to the release.

Four new loft-style apartments will be added to a vacant portion of the Columbia Block.  The project will include a complete rehab of the historic YMCA gym and creating in it a community room and fitness center for residents.

Carolyn Bisbee of Bath said she plans on moving to The Uptown when the project is finished. Bisbee said the location is convenient for her because she doesn’t drive and will be able to walk to local stores. She smiled and said the view wasn’t bad either.

“I’ll get to eat my lunch by the river,” said Bisbee.

Commissioner Heather Johnson of the Maine Department of Economic and Community Development said this project is a real opportunity to motivate other projects just like it.

“We all know the housing challenges Maine faces right now,” said Johnson. “The goal is for Maine people to have a place to rest their head at night.”

With subsidies provided by Maine Housing and federal historic tax credits calculated by T.D. Bank Boston, the project will be completed in early 2024.

The building is being designed by Archetype Architects of Portland and built by Hebert Construction of Lewiston and Portland.